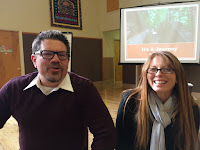 Pastor Steve along with his wife Tammy founded MVCC in 2005.

Steve & Tammy both graduated locally from Arizona Christian in 1992 and Steve has an MA from Moody Bible Institute.  In addition to serving as a ministry leader Tammy is a professional public school educator.  They are raising 4 teen boys.  Steve has  also served as an adjunct professor, trained leaders overseas, and currently consults on church planting for the Southwest Church Connection and 1MISSION. 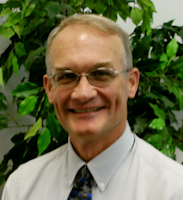 Scott is married to Marita Monaghan Lowe and has three adult daughters and five grandchildren, all living nearby.  Scott has served our church for 9 years demonstrating true servant leadership in many ways.  Scott also has earned the respect of our church as a teacher and administrator and currently serves with Pastor Steve as one of Mountain Vista's Elders/Overseers.  His work for the church is as a volunteer.

Scott has served as the Public Works Director for the City of Buckeye from the time he and his family moved here from Pennsylvania in November 2005.  Scott previously served our country as a member of the Navy Seabees and progressed to Engineering Aid First Class Petty Officer, being commissioned in 1989 in the Navy Civil Engineer Corps.  He retired after his selection to Commander in October 2003.

Dora, an elementary education teacher, serves also as the Children's Ministry Director.  She is raising 2 boys and 2 girls together with her husband Rick.  Dora is creative and loves kids, seeking to make learning God's Word fun for them each week.